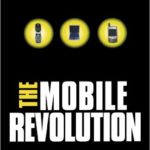 «Pioneered by Guglielmo Marconi, wireless telegraphy created the first customers and business models in the mobile industry, particularly in the maritime sector. Over time, it led to AM communications, which was pioneered by police departments in the United States, and FM communications, which provided a substantial military advantage to US defence forces during the Second World War.
After the war years, these technologies led to the pioneering of mobile industrial services and the development of the first consumer test markets. However, there was only one (and very primitive) service, really: voice – and this defined the mobile services for the next half a century.
The cellular concept was discovered as early as 1947 at the Bell Labs, but commercialization followed only in the 1980s with analog cellular networks. These services appealed primarily to automobile drivers and corporate markets. Starting in the early 1990s, digital transition made possible consumer mass markets, which have been rapidly specializing and globalizing ever since.» >>